BACK TO NEWS BACK TO SPOTLIGHT 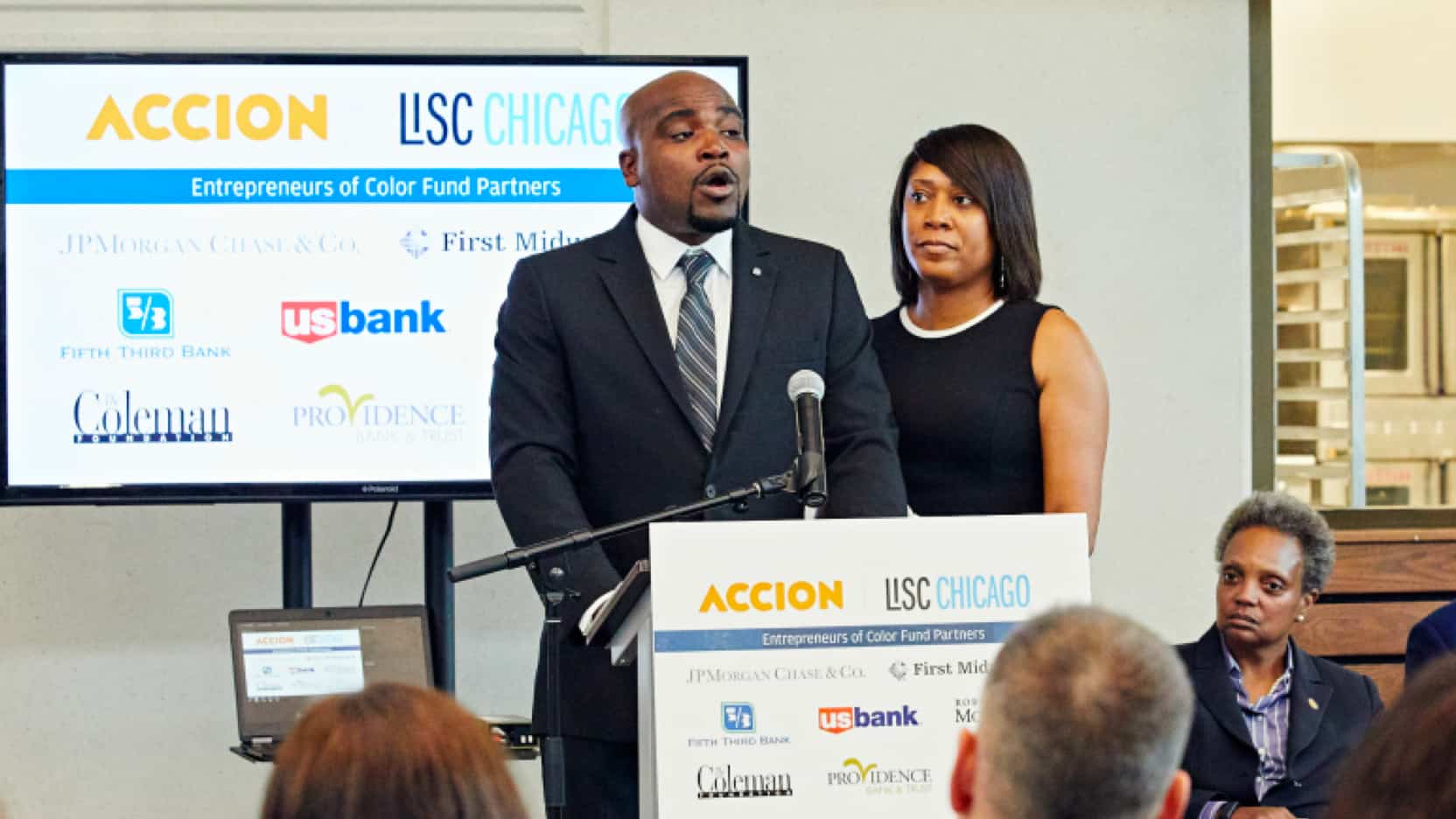 In its first year of operations in Chicago, the initiative has made over 130 loans totaling more than $1.7 million and resulting in nearly 400 new or preserved jobs. Fifty-three percent of the loans support minority women-owned businesses.

The new investments will enable the Entrepreneurs of Color Fund to build on insights gained during its first year to provide more minority entrepreneurs in Chicago with critical access to capital, coaching and other resources needed to support their small businesses.

“Chicago’s neglected neighborhoods need more jobs. Small business owners can create those jobs if they receive the loans and coaching they need to build their businesses,” said Brad McConnell, CEO of Accion Chicago. “That’s what Accion does, and that’s what this partnership is about.”

“Supporting the coaching and education services provided by Accion Chicago to aspiring and emerging entrepreneurs is a prime example of our Entrepreneurship-In-Neighborhoods funding efforts,” remarked Clark McCain, Sr. Program Officer of the Coleman Foundation. “The opportunity to do so in partnership with leading Chicago banking and philanthropic organizations makes joining this cause very attractive.”